After important political and economic changes over the past years, Poland has developed in every sector of life, including the media. The country has become a known destination for foreign film makers and commercial producers. Filming in Poland is certainly an option that many production companies in Western Europe take to consideration.

Most film studios in Poland are in Warsaw, Krakow, Wroclaw and Lodz. The Fixer Poland team has contacts all around the country.

It is generally possible to film in open public places. There are some exceptions such as areas related to state defense. Also, foreign musicians, actors and other art/media professionals can work in Poland for up to 30 days without any additional permits. THe Fixer Poland team can sort any paperwork related to filming in Poland.

Poland has a wide range of locations suitable for filming movies and commercials that our fixers have access to. Alongside Warsaw, the beautiful Polish capital, the famous old town of Krakow and the concentration camps of Auschwitz and Birkenau, Poland also has some wonderful nature locations such as the Tatra Mountains and medieval-like castles and palaces. Famous filming locations include the Ksiaz Castle, the palace in Kozlowka near Lublin, Poznanski Palace in Lodz and Goetz Palace in Brzesko. Our Polish fixers have contacts that can facilitate access to all these places and many others.

Scouting and securing locations is just one of the services that Fixer Poland offers.

From a historical perspective, Warsaw was a destination for domestic and foreign immigration, especially from Central and Eastern Europe. For almost 300 years it was known as the “Old Paris” or the “Second Paris”. Warsaw has always been a centre of European culture, it existed as an important European city and was a destination for many Europeans. For a demographic point of view, it is the most diverse city in Poland, with a significant number of people of foreign origin. These are just some of the things that make the Polish capital one of the main points of attraction for media professionals filming in Poland.

The palaces, churches and buildings of the Polish capital display a wealth of colours and architectural details. All these elements create the perfect scenes for filming in Poland.

Green space covers 40% of Warsaw, including a wide range of structures, from small neighbourhood parks, green spaces along streets and in courtyards, the alleys of trees in large historical parks and a lot of conservation areas of nature and forests urban outskirts. 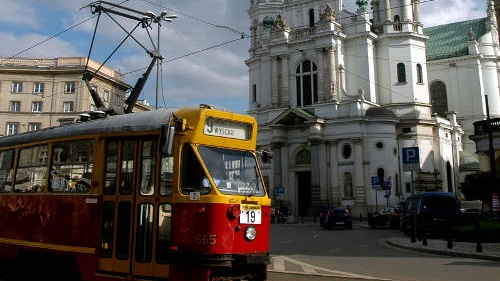 Although not very popular among tourists, Warsaw has an “Old Town” which is picturesque with a special story. There are a lot of buildings and monuments that illustrate communist heritage. However, Warsaw also has a studded skyline of modern skyscrapers built in recent years.

Filming in the Polish Countryside

The Poland you never heard about has endless beaches and long summers. Natural parks hide eagles, wolves, and lynxes, wild forests and mountains. The Polish villages are picturesque and with well kept traditions.